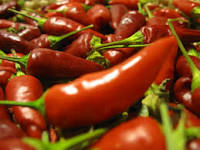 Temperatures are rising, and with it, tempers in the kitchen. So much so that the first cook almost assaulted the second cook last week. Almost, because in the chef's attempt to hit or headlock him, the second cook slipped out of his grip. Witnesses say the first cook was provoked by the second cook's gibes. Mio marito, so sorry  to have to deal with such issues, did the necessary legal formalities.
So now we have a situation where the Second is afraid to work with the First Cook. I can understand: First Cook is a big guy. But Second Cook has now closed himself in a little world of his own and won't speak to anyone. Which makes collaboration in the kitchen slightly tricky.
Did I mention my husband's other job is with Oxfam Sicily? He's working on projects related to the hugely pressing issue of immigration into Sicily. From saving immigrants' lives to saving cooks in our kitchen. Imagine what keeps him up at night...


At the café. Sunday morning and I’m just about to pay for my cappuccino when the owner at the till looks over my shoulder, says, “Are you paying for a coffee, doctor?” And let his mate pay first. I smile graciously (much more effective than fuming) and then pay for the two cappuccini and cake we'd ordered for a birthday lunch. The owner realised his error and gave me 50cents off.

Half the fun in cafés where there are traditional, uniformed barmen is listening to the lively greetings in the morning. Buongiorno avvocato; buona giornata, professoressa; caffè dottore? Good morning, Lawyer, have a good day, Teacher, would you like a coffee, Doctor? (NB any flimsy old degree entitles you to be called doctor in Italy).


However. We still don’t like queue jumping. Another friend who runs an English School said she ordered two hot takeaway capuccini at her local café in a five minute coffee break. The barman made the coffees and then let them stand before adding the froth while he served a friend called Direttore (Boss, as in head of business or school).

But I'm a Boss too, my friend thought to herself, and there’s my coffee going cold on the counter. The barman said, Don’t worry, sure I can just remake them…
Posted by Penelope at 2:34 AM No comments: 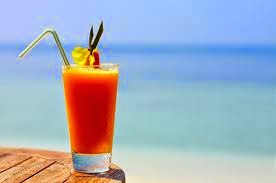 Last weekend we parted company with our barman, who has been with us since our rocky beginning six years ago. Through the winter he worked Fridays and Saturdays, but recently the bar had been quiet on Friday nights so mio marito had him come in on Saturdays only.

He was a high maintenance kind of guy so last week he handed in his notice saying once a week was just not worth it. He had tears in his eyes, he said, which we couldn’t verify because this was a phonecall. He ended by saying he would call in during the week to return the restaurant keys.

My husband turned to me and said: “Rubbish. He has a new job and I know exactly where.”

Fact is, the barman duly brought the keys back – when no one else was there. We only spotted them after noticing his cocktail mixers were gone. Now, aside from the fact that from our point of view he took the hint, it’s a shame our erstwhile resident diva didn’t have the balls to bid farewell in person. Especially since his new employment is so close (mio marito was spot on).

It was a case of “This joint ain’t big enough for the both of us”. Family members revealed he had complained that mio marito didn’t give him enough space (now even I know that you don’t slag a man off to his own family in Sicily). For example, why had my husband not bought him that special aged Vodka that cost €40? Now with unemployment here at over 40%, not too many punters would have been drinking that special vodka. And speaking of Vodka, our former barman loved dealing out free shots to his pals, so it looks like we’re going to be saving more than just his salary. We have it on pretty good authority that his new employers will not look too kindly on free shots; apparently he was working up quite a sweat last Saturday night.

Hell, I learnt a lot from him. I remember clearly apprehending his expectations of me, which could largely be translated onto the rest of the staff at the time. On opening day he told me there was a leak behind the bar, which I appreciated, as joint manager with mio marito. But he wasn’t simply informing me of that inconvenience, he just wanted me to mop up.

If only I'd learnt how to make more cocktails.
Posted by Penelope at 7:00 AM No comments:

No double-parking at the doctor's 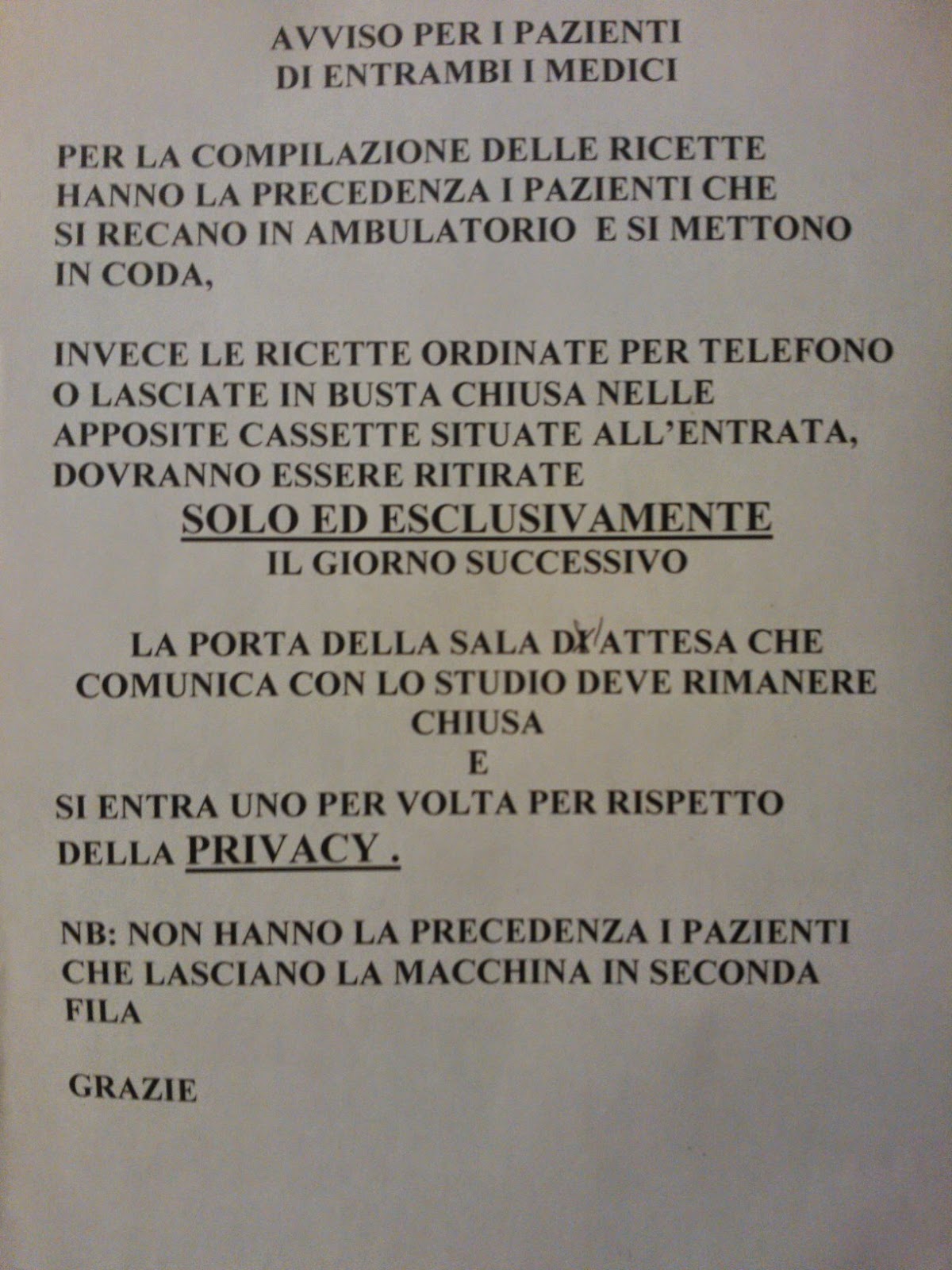 This sign - which I read as a woman blithely skipped the queue and took my 16.20 appointment, much to my dismay as I was on the alert for such common trickery - talks about some basic Waiting Room rules, such as keeping the communicating door closed for patients' privacy (queue-jumping is not mentioned).

The NB at the bottom warns that "Those patients who double park their cars will not be given priority".
Posted by Penelope at 6:23 AM No comments: